The Basics of What a Pilaster Is 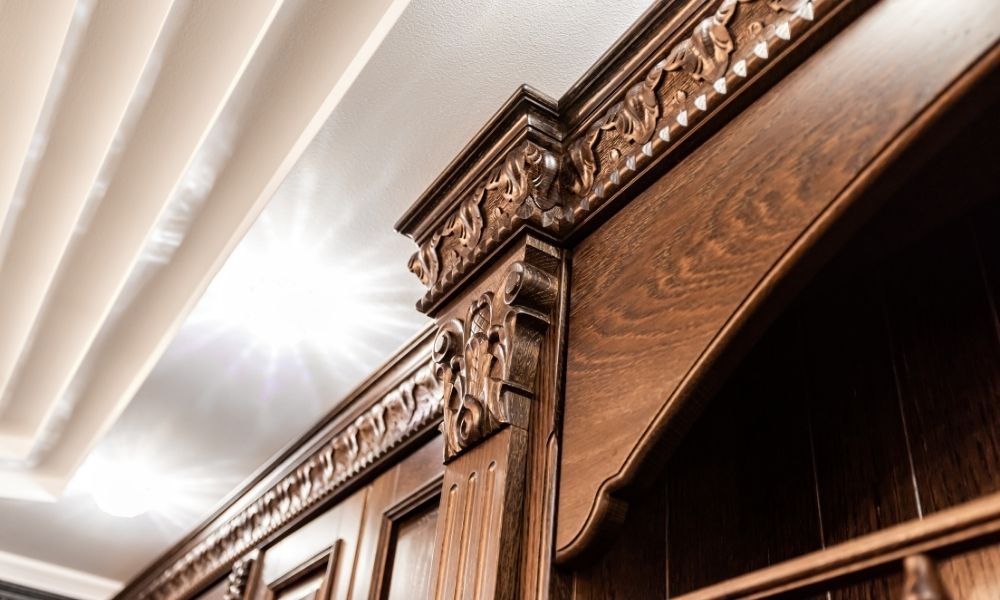 When you're talking about classic architecture, you can't forget about pilasters. Pilasters are a popular architectural element that is used to give the appearance of a supporting column and to articulate the extent of a wall. They're ornamental in nature and can give interiors and exteriors an exquisite, lofty feel. Interested in learning the basics of what a pilaster is? Here’s a simple guide.

A pilaster is a rectangular, vertical wall protrusion. It resembles a flat column or half-pier. In architecture, pilasters are "engaged." This means they stick out from a flat surface. They're treated like a column and have a base, shaft, capital, and various other column elements. There are a few types of pilasters to be aware of.

A lesene is a pilaster shaft or strip without a base or capital. An anta is a post-like strip on either side of a door or the corners of buildings. When a pilaster appears at the corner intersection of two walls, it's called a canton. Pilasters are normally found on a building's exterior, but they can also be found on the interior walls of a more formal rooms and hallways. They can be built from different materials, including wood, brick, and marble.

The Different Kinds of Pilaster

To fully understand the basics of what a pilaster is, it’s important to learn about the different ways it’s used. As with columns, a pilaster can have a plain or fluted surface. It can be represented in various architectural styles, including Renaissance and Baroque. Let's look at some examples of how the pilaster was used throughout history and how it functions in modern-day homes.

Pilasters were more of a Roman convention than Greek. Most ready-made pilaster sets feature Classical designs that stem from ancient Rome. So, where do we see Roman-style pilasters used today? The exterior facade of the Roman Colosseum, for example, uses both engaged columns and pilasters. The structure uses Tuscan-style columns on the first floor, Ionic on the second, and Corinthian on the third. The pilasters are on the uppermost floor. You can also find Roman-inspired pilasters in homes and public buildings that are Classic Revival or neoclassical in style.

The Renaissance architect Giacomo Barozzi da Vignola used pilasters in both his exterior and interior design. The 16th-century Sant'Andrea in Rome, Italy, features Corinthian pilasters, which are used throughout the interior of the small but charming church.

You might notice pilasters on the exterior of certain homes—by the doorway, near the porch, or all around. Pilasters can give a home a Classical appearance without the need for freestanding, two-story columns. Inside the home, it's common to see pilasters integrated with wainscoting, chair rails, baseboards, or crown moldings.

If you're looking for the perfect way to ornament your trims or other flat surfaces, come check out Heartwood Carving's wooden pilasters and decorative wood accents. They come in a range of styles, so you can find the best possible fit for your home.