A Brief History of Carving Wood 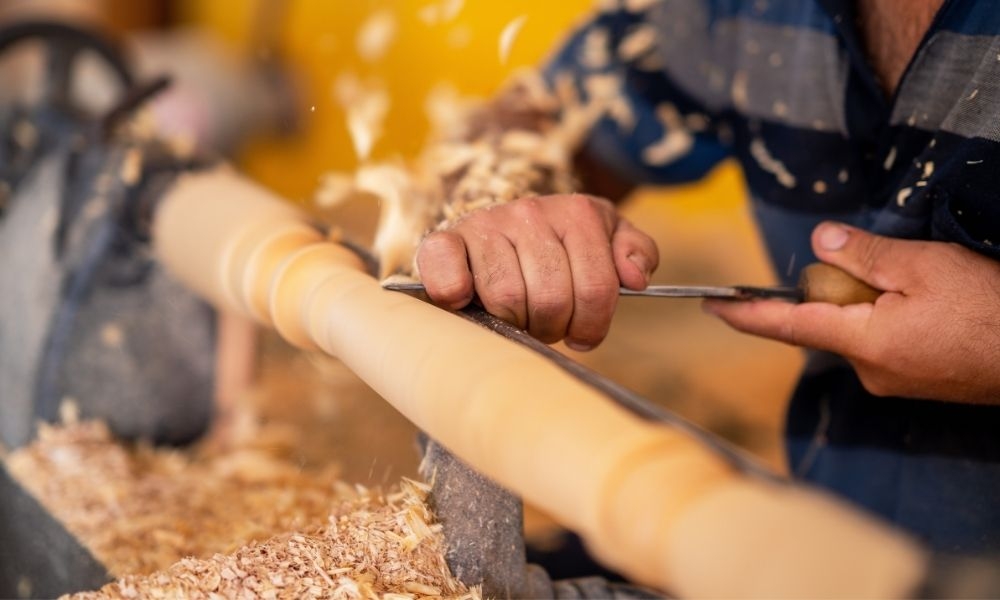 Among all the potential carving materials, wood has a unique combination of strength and softness. It’s more carvable than stone, but it isn’t fragile like other flexible or malleable materials. Its existence within this happy medium has attracted scores of carvers throughout the span of history. Though ancient wood pieces fell prey to organic decay, cracks, and warping, we have several surviving examples dating from ancient Egypt, China, and other civilizations.

As time passed, wood-carving evolved apace with cultural and technological shifts. To mark a couple of these changes, consider this brief history of carving wood.

We don’t know the full scope of ancient wood-carving, but many of the pieces that remain from the periods up to the Middle Ages are religious in nature. Wood-carved hieroglyphic panels in tombs articulated Egyptian beliefs. In the early 1000s, intricate Italian wood panels retold biblical accounts, while monasteries throughout Europe were prime spots for wood-carving innovation and preservation.

In these periods, wood-carving was an expensive, artisan-only task. It makes sense, then, that pricy wood-carving projects pertained mostly to religious subjects, because many communities placed a high priority on honoring their beliefs.

Beginning around the 1300s and extending to the 16th century, the Renaissance period allowed artists to shift from religious themes to humanistic forms. Masterpieces by Donatello have exquisite detail to match that of early Chinese carvers. In the 17th century, English carver Grinling Gibbons ushered in a new tradition of rich, organic carving with abundant flowers, leaves, and birds. His work went a long way towards popularizing wood-carving in England.

In the 18th century, wood-carving became a staple of many schools’ curricula, upping the number of skilled artisans and leading to an uptick in wood-carving work in homes and art.

The most recent development in this brief history of wood-carving is the proliferation of machine-carving. As computers became more precise, carvers began to program designs into computer software. In a computer numeric control (CNC) system, these blueprints direct automated tools to do the carving. This leads to more efficient carving and, by extension, cheaper prices for the same high-quality pieces. At Heartwood Carving, our CNC capabilities allow us to create decorative wood corbels, rosette block moulding, carved appliques and onlays, and custom pieces upon request.