MULTIPLE STYLES WITH MULTIPLE SIZES,  AND WOOD CHOICES,  ALL MADE TO ORDER, QUICK TURNAROUND.  CUSTOM & REPRODUCTIONS.   PROUDLY MADE AND SHIPPED FROM EUGENE, OREGON, USA.

The Symbolism of Acanthus in Architecture Design 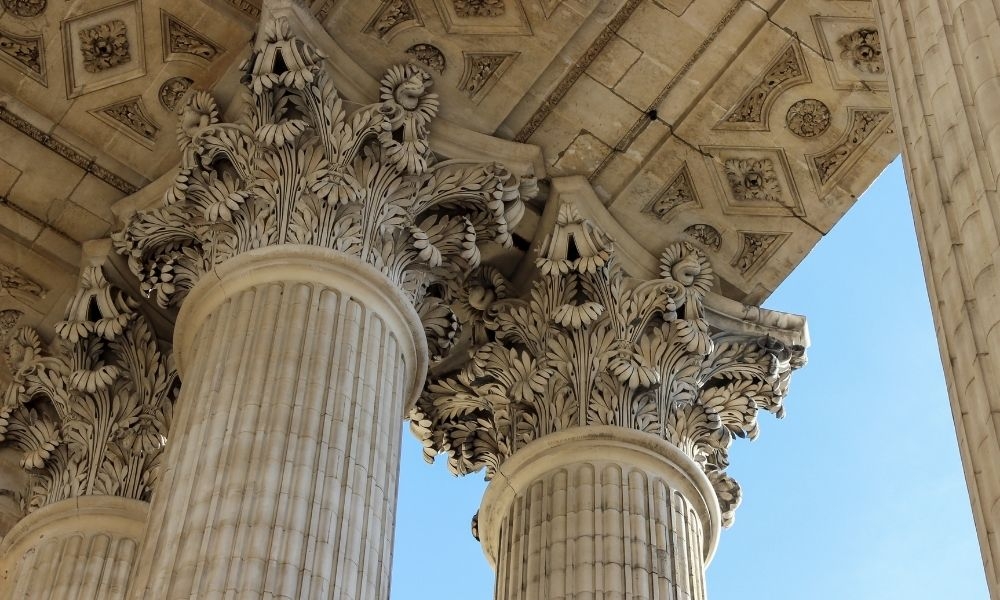 The confusing and technical name might not be familiar to you, but you've doubtlessly seen this staple of Mediterranean architecture before. In architecture, the acanthus is a carved ornament that resembles the sharp and deeply cut leaves of the Acanthus genus of plants.

The stylized depictions of acanthus seen on columns and other architectural structures are beautiful, but you might wonder why they're so exceedingly common. Is there some sort of special meaning associated with this unique plant?

If you're wondering what the symbolism of acanthus in architecture design is, read on to learn more about the acanthus plant and its importance in architectural design.

The acanthus plant, also known as bear's breeches, is a perennial that has thick, serrated leaves. It's native to the Mediterranean and parts of Asia and can flourish in a wide variety of environments, from mountainous ledges to beachy islands.

But what is the symbolism of acanthus in architecture design? People have treated acanthus as a sacred medicinal and healing plant since ancient times. In Mediterranean countries, it's considered a symbol of enduring life and immortality. Ironically, in Christianity, the leaves of the acanthus plant represent the exact opposite—pain, sin, punishment, and death. As such, it’s seen as something that brings about good luck and good health.

When Did Acanthus Start Appearing in Architecture?

But even though acanthus leaves first appeared in Greek architecture, it wasn't until the Roman period arrived in full force that acanthus leaves became a prominent symbol in the capitals, dentils, friezes, and other decorated parts of Corinthian and Composite order columns along with other architectural structures. In these structures, the leaves were normally curled at the ends and painted over.

Acanthus ornaments were also hugely popular in Byzantine, Romanesque, and Gothic architecture, and, during the Renaissance, they experienced a revival that brought them into the mainstream. Today, you can still see acanthus carved into columns, newels, crown moulding, wooden panels, and even on furniture, décor, and wallpaper. Victorian, Gothic, and Romanesque homes tend to feature this popular and meaningful motif the most.

Looking for beautiful carved wood appliques and onlays that feature acanthus leaves? Heartwood Carvings can create custom wood accents to help you turn your home into a Romanesque or Gothic masterpiece. Come and shop with us today!